Dr. Vibhuti Rana, PhD says... The facts below and information regarding harmful bacteria in human host system and their possible natural treatments are correct.

Half of the stool tests I examine show just harmful bacteria and no yeast infection, and many times those bacteria have infected the small intestine, known as Small Intestinal Bacterial Overgrowth (SIBO). So, I thought it would be a very good idea to give you a plan to kill these bad bacteria.

The SIBO treatment plan below is slightly different from the yeast infection treatment plan and is clinically proven to work. One plan is based on a clinical medical study, while the other is based on what I see in stool sample test results.

If the bad bacteria are confined to the colon, the intestinal yeast treatment plan or the systemic plan will work just fine.

There are quite a few different species of harmful bacteria that can infect the human body. So this is by no means a complete list. Depending upon what lab does the stool test, they may or may not be listed as a Possible Pathogen (PP). However, the bacteria in the list below are generally recognized by most labs as human pathogens and I often see them on stool test results too.

Proteus mirabilis is a gram negative, anaerobic (anaerobic means it does not require oxygen for growth), rod shaped bacterial species that causes 90% of all bacterial infections in humans. These harmful bacteria produce urease that forms kidney stones and causes UTIs. If the stones or the infection get bad enough, it can result in kidney failure. 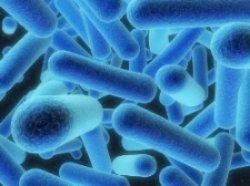 Klebsiella pneumoniae is also a gram negative, anaerobic, rod shaped bacterium. It ferments dairy foods and it likes sugar as a food source. It is commonly found in the intestine, mouth, and skin. The most common infection it causes is pneumonia.

Enterobacter cloacae is another harmful gram negative, anaerobic, and rod shaped bacterium. It quite often is the cause of urinary and respiratory tract infections.

Campylobacter species are gram negative but instead of being rod shaped they are shaped like corkscrews. Over a dozen of these species have been implicated in human diseases. These bacteria often produce an inflammatory diarrhea that is often bloody if it gets bad enough. They can induce intestinal cramps, fever, and pain.

Citrobacter species of bacteria are gram negative and also rod shaped but do not produce spores. These bacteria are found just about everywhere so it’s important to wash your hands after using the restroom or handling food.

Citrobacter freundii can cause brain abscesses, meningitis, gastrointestinal infection, inflammation, which include watery diarrhea with stomach pain, and sometimes blood in the stool. It thrives on Fructooligosaccharides (FOS)!

Citrobacter cloacae can give you respiratory and urinary tract infections.

Clostridium difficile is a gram positive bacterium that produces spore forming rods much like Candida albicans hyphae. This bacterium is normally found in the intestine in small amounts. It usually gets out of control as a result of taking antibiotics that kill your good bacteria.

C. difficile then causes diarrhea and can result in colitis. Colitis is a severe form of intestinal infection and results in diarrhea, bloating and severe abdominal pain. It can also give you flu like symptoms and inflammatory bowel disease. It’s resistant to most antibiotics and for folks over 65, it can be deadly… About one in nine people over 65 with C. difficile die within 30 days.

Escherichia coli (E. coli) is the primary bacterium responsible for most urinary tract infections. In the gut it can cause stomach cramps, nausea, vomiting, and diarrhea. Sometimes the infected person won't notice any symptoms at all and may spread the bacteria to others. In severe cases, it can cause kidney failure.

H. Pylori, previously called Campylobacter Pyloridis, is a Gram-negative, microaerophilic bacterium that literally drills its way into the stomach wall like a corkscrew. It's an extremely common infection and many people will attribute the symptoms it causes to Candida yeast when it's not Candida at all. You can find out more about H. pylori on this dedicated webpage:

Helicobacter pylori (H. pylori) – Everything You Need to Know

Staphylococcus aureus is an anaerobic, gram positive bacterium that is responsible for what is commonly referred to as a Staph infection. It is found on the skin and inside the nose. On the skin it can plug pores leading to acne and other skin infections. This harmful bacterium can also lead to other more serious diseases such as meningitis, toxic shock syndrome, osteomyelitis, pneumonia, endocarditis, bacteremia, chest pain, and sepsis. It is a major pathogen in hospitals and is acquiring antibiotic resistance over time.

Pseudomonas aeruginosa can infect both humans and animals. It is found everywhere, eats just about anything and commonly lives on the skin. People with reduced immune function are highly susceptible to this harmful bacterium. It causes generalized inflammation but if it infects the lungs, the urinary tract and kidneys it can be fatal.

This harmful biofilm forming bacterium is extremely pathogenic. My wife and I, both, have been infected by it. Her infection was caused by a dog bite and within a week it had eaten a 2" pocket hole in her leg. I got infected in my right eye and within days I could not see anymore. Both of us recovered but we do have a little bit of long lasting scar tissue damage.

A study done in 2011 by Ammons MC, Ward LS, Dowd S, James GA at the Center for Biofilm Engineering, Montana State University found that because Pseudomonas aeruginosa uses iron in its biofilm, lactoferrin, in combination with xylitol helps clear the infection. Lactoferrin destabilizes the bacterial membrane by pulling iron from the biofilm while xylitol inhibits the ability of the bacteria to produce siderophores or reproduce.

Combine this with Biofase, a biofilm buster, and herbs that a stool test show it is susceptible to, and you should be able to clear the infection fairly quick. If you don't have stool test results, use the protocol below.

Various streptococcus species, although most labs don't recognize these species as possible pathogenic bacteria, they can cause problems if they over grow.

Like I said before, this is a very short list but I see these bacteria  quite often on stool test reports. Most good stool tests will also run a drug and herb susceptibility test to see what will kill these harmful bacteria.

Quite often these harmful bacteria will infect the small intestine as well, which is known as SIBO. You can find out more about SIBO on this dedicated webpage:

Small Intestinal Bacterial Overgrowth (SIBO) – What You Need to Know

For every single stool test I have evaluated, there are four products that work for all of these harmful bacteria. Some of these products do work better than others depending upon species, but you are only going to know what that product is if you do the stool test. Some of these bacteria, like Klebsiella pneumoniae comes to mind, are susceptible to each product equally so no single product works better than any other.

However, because I quite often see follow up stool tests come back showing the original bad bacteria you were trying to kill is gone, but other harmful bacteria are now out of control, I recommend you use all four.

What I would do is take the DysbioX everyday as suggested on the label. Take Berberine and Oregano oil 30 minutes before breakfast and dinner. Take Uva Ursi for 7 days then stop for 7 days, then repeat the cycle.

Most of these bacteria also build biofilms that protects them from antibiotics and natural remedies. There is a very good explanation of bacterial biofilms found here. I suggest taking Biofase to break through these biofilms so all of the natural antibiotics or prescription antibiotics are more effective while improving your success rate. Biofase is designed to eat through these biofilms. Doses for Biofase should be 2 capsules at least one hour before breakfast and at bedtime for the first week. The second week increase to three capsules twice a day or two caspules three times a day one hour before meals.

Because many of these bacteria consume sugar for food, I would follow the Candida diet or at least cut way back on the amount of sugar you consume. That includes grains, which often have a glycemic load greater than sugar itself.

One of the other problems that could be associated with these harmful bacteria are high iron levels, especially with bacteria that build biofilms. So if your levels are high you need to take something to remove the excess iron such as lactoferrin. Lactoferrin binds iron while stimulating the immune system. The bound iron is then passed in your stool.

Severe cases or those that don't respond, will need to repeat the therapy while following the Elemental Diet. If that doesn't work and for infections in the large intestine only, a fecal matter transplant is your last alternative.

Pregnant women should consult with their doctor before following this protocol.

The dysbiosis of the commensal gut microbiota, which indicates greater proportion of harmful or bad bacteria in comparison to the good ones, is implicated in the pathogenesis of several diseases including IBD, obesity, and allergic disorders in human hosts. The normal flora is mostly Bacteroidetes and Firmicutes, which are mainly protective in nature. However, when the homeostatic balance between good and bad bacteria is disturbed, the host invites a myriad of health issues due to loss of overall diversity of microorganisms in the gut.

Researchers report that IBD is caused by Mycobacterium avium paratuberculosis (MAP), Adherent-Invasive Escherichia coli (AIEC), Clostridium difficile, Enterobacteriaceae family, an increase in Ruminococcus gnavus, and a decrease in Faecalibacterium prausnitzii, Bifidobacterium adolescentis, and Dialister invisus. (1) The microbiota in IBD patients shows the loss of obligate anaerobes such as Bifidobacteria, and the increase of facultative anaerobes like E. coli. (2)

An article published in Microbiome in 2019 shows that restoration of gut microbiota by modulating them into a healthy homeostasis using a single bacterium Lactobacillus casei (ATCC334) significantly suppressed the induction of autoimmune arthritis and retard bone destruction. (3) Specific agents, derived from alternative medicine research, are successful in combating these harmful bacteria and recovery from the associated health problems. Following specific diets and supplements also accelerate the process of expelling the harmful bacteria to restore the gut microbial balance.

Have Any Questions About Bad Bacteria?

Do you have any questions about bad bacteria, sibo, or yeast infections in general? Ask your question here or contact us using the contact page of this website. It is also always a good idea to talk to your doctor as well.

Will the product Mastic Gum kill off bacteria?

I have a bleeding ulcer in my colon. I have had ulcerative colitis before and was in hospital two times. I always have a lot of gas and foul smell to my …

I thought the Microfase would kill the probiotics in Profase.

I had gotten rid of the yeast in the gut with high doses of grapefruit seed extract but still felt "not quite right."

I had stool samples taken and the naturopath said yeast was under control, but there was high bad bacteria count.

I searched online and found your products and tried them.

Your products helped clear up the problem.

Now I am ordering again to make sure things stay under control.

You can use this as a testimonial if you want.