All About Male Yeast Infection

Medically Reviewed by Dr. Shalaka Samant, PhD who says... The information presented in this article about male yeast infections and supposed causes is medically correct.

Male yeast infection is much more common than you would think and can cause many different health problems.

Most men will go through life never knowing that they have a yeast infection because there is a preconceived notion within the medical community that men do not get them. Women will get a vaginal infection and this is the clue that something’s wrong in their body. Whereas men will have absolutely no idea they may have a male yeast infection until it creates other problems with their health.

Usually, men are informed by their significant other that she has a yeast infection, so the chances are he has it too. As a matter of fact, the woman of the house gives it to everyone in the house at some point. Most doctors will prescribe an anti-fungal for the woman's vaginal yeast infection and suggest that the man take it also so he does not give it back to her. Other doctors will tell you that men don't get yeast infections.

Candida albicans is an opportunistic fungus which commonly colonizes human mucosal surfaces. However, systemic or local changes within the host may promote a proliferation of Candida with an ensuing risk of host tissue invasion. Common culprits for this imbalance are broad-spectrum antibiotic use, frequent sexual intercourse, irritating soaps or deodorants, wearing tight-fitting undergarments, or any exposure to a hot and humid environment. Although typically associated with females, it is not uncommon for yeast infections to occur in males. These candida infections may range from non-life threatening superficial mucocutaneous disorders to invasive disseminated disease involving multiple organs. 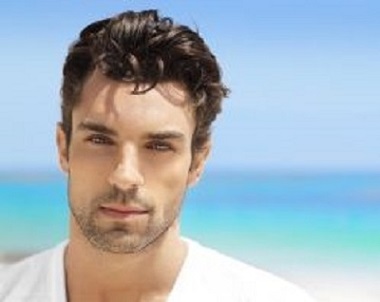 Other than getting skin yeast on his penis, men are at significant risk to develop further health problems from yeast. During sex, the male’s urethra is exposed and vulnerable to a urinary tract infection from an infected female. According to Infectious Disease doctors Carol A. Kauffman, John F. Fisher, Jack D. Sobel, and Cheryl A. Newman, in some cases yeast can travel up the urethral canal and settle in the prostate, bladder and kidneys but this is pretty rare.

Although rare, Candida can also lead to urinary tract infections (UTIs) in men. Candiduria (presence of Candida sp. in urine) is an increasingly common finding in hospitalized patients, and patients with diabetes mellitus are at a higher risk of developing fungal UTIs (1). However, clinical symptoms and signs are not useful in distinguishing bacterial from fungal UTIs. Thus, other diagnostic laboratory and imaging studies need to be pursued in the evaluation of proven candiduria.

Men can also get a oral yeast infection from oral sex with infected females. As a matter of fact, experts suggest that up to 50% of adults have yeast in their mouths. If this is the case with you, during oral sex you can give a woman a vaginal yeast infection.

C. albicans is the principal yeast isolated from the mouth and is frequently present in the oral cavity of healthy adults, both male and female, as a part of the normal flora. However, Candida overgrowth and conversion to the pseudomycelial form coupled with invasion of the oral mucosa results in Candidiasis. Pre-existing or associated variations in the host immune system usually determine whether it remains as a commensal or transmutes into a pathogen. For instance, oral candidiasis becomes clinically apparent in HIV positive patients (2) and cancer patients (3). In fact, with the increase in number of AIDS cases, there is a resurgence of less common forms of oral candida infections. This oral pathogenic growth can potentially even serve as a reservoir for spreading in the immunocompromised patients to become oesophageal candidiasis. Oral candida infections are also often precipitated by co-morbidities like diabetes mellitus.

Many of the causes of male yeast infection are the same for any other yeast infection including sex. Most often the good bacteria to yeast ratio in your digestive system becomes unbalanced, allowing the yeast fungi to thrive and spread to other parts of the body.

The most common cause of yeast infections in adult and youth males are antibiotics, lowered good bacteria levels that are killed by alcohol, sex with infected partners, and typically the woman in the house eventually gives it to everyone.

A diet high in wheat products, corn products, and high sugar foods feeds it which allows it to spread. Corn, soy and wheat are also contaminated by Roundup and Roundup kills good bacteria. It takes years for Roundup to have an effect but eventually it will.

In the case of antibiotics we can take a look at Penicillin, discovered in 1928 by Dr. Fleming as he was running an experiment with mold from bread. He took some of this mold and added it to his dish of live bacteria. What he noticed was that the mold completely cleared out the bacteria. The fungus killed the bacteria just as it does in your digestive system when you take antibiotics. As this article points out, depending on the antibiotic used and the resulting decline in bacteria numbers and diversity, it can take up to a year for these levels to recover.

Antibiotics aren't the only drug that can cause intestinal yeast infections in males. A recent study presented at The United European Gastroenterology conference took a close look at over 2,000 stool samples from both healthy people and folks with irritable bowel syndrome or inflammatory bowel syndrome.

Those stool samples showed just how devastating drugs can be to your microbiome.

Researchers logged which drugs people were taking. They found that 18 out of 41 common classes of drugs significantly affected the microbiome.(Source)

Notice that it is classes of drugs... not individual drugs!

The drugs with the biggest impact were:

Although alcohol has been shown to not affect population levels of candida yeast, as published in the Journal Microbiome in 2018, it does affect good bacteria levels in a negative way. Drinking alcohol excessively will lower good bacteria levels, just like antibiotics. Beer also contains the yeast Saccharomyces cerevisiae, a yeast which has been known to infect people.

You eat sugar-laden foods, which feed the infection allowing it to grow. This goes on until the fungus takes a good hold in your digestive system and becomes chronic.

The bottom line is you have to let your immune system get worn down by the constant abuse of your body and that is when you begin to experience some of the symptoms.

Yeast infections can also affect other organs in men. For instance, C. tropicalis has been known to cause lesions in the prostate. Another common infection caused by yeast in men is colonic candidiasis (4). Candida can also cause nail infections, skin abscesses, and cerebral abscesses in men and women. Candida can also escape from all these niches and start growing in the host’s bloodstream leading to systemic candidiasis(5). Systemic candidiasis is a less frequent occurrence but carries a mortality rate of 71–79%.

You may also develop a craving for sweets, pastas, chips, etc because of the sugar they contain. Sugars and simple carbs are yeasts preferred food source and it will demand to be fed. Unknowingly you will more than likely feed it, until you realize you have it and do something about it.

Men and boys most often experience digestive problems and all the related problems as the number one symptom. However, according to James M. Steckelberg, M.D. with the  Mayo Clinic, penile skin yeast infections are a big problem especially in uncircumcised males.

We have devoted an entire page to penis yeast infections or other genital skin infections and how to treat them.


Systemic and intestinal yeast infections are treated in much the same way as all other fungal infections. This webpage will show you how to treat them.

The treatment after confirmation of the diagnosis should include recognizing and eliminating the underlying causes such as ill-fitting oral appliances, history of medications (antibiotics, corticosteroids, etc.), immunological and endocrine disorders, nutritional deficiency states, and prolonged hospitalization. Treatment with appropriate topical antifungal agents such as amphotericin, nystatin, or miconazole usually resolves the symptoms of superficial infection. A major hurdle for treatment are the inherently drug-resistant non-Candida albicans Candida organisms that are being increasingly implicated in yeast infections (6).

You can learn more about Dr. Samant here.

Copyright © 2003 - 2021. All Rights Reserved under USC Title 17.
Do not copy content from the page or this website without my expressed written consent. To do so is Plagiarism, Not Fair Use, is illegal, and a violation of the The Digital Millennium Copyright Act of 1998.