Dan was born in 1961 and at 6 months of age, was hospitalized with pneumonia; the treatment of course, was antibiotics. Over the course of the next 12 years he had pneumonia another 7 times and bronchitis too many times to count. Each time he was given antibiotics for these infections. During the last round of antibiotics for bronchitis, Dan came down with a severe case of diarrhea. When the diarrhea wouldn't stop, he was taken off of the antibiotics and after 2 months the diarrhea eventually stopped. Knowing now what antibiotics can do to the human microbiome, Dan believes his good bacteria profile was completely thrown out of balance as a result. 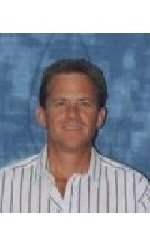 Chronic athletes foot and dandruff began shortly after in his teenage years. It was so bad Dan could no longer wear tennis shoes because they don't breathe. His feet broke out with fungal infections constantly and the smell was unbearable. Head & Shoulders shampoo kept the dandruff at bay and Lotrimin and foot powders had to be used daily.

In his early 20's he liked to party hard with his buddies and was unknowingly killing more intestinal bacteria by consuming alcohol. The digestive problems that began in his teens continued to get worse. He would stop drinking from time to time and his digestive problems would get better. But eventually he would go back to drinking beer and the problems would return. An Herbologist he knew at the time suggested he had Candida yeast over growth in his gut, which was later confirmed by a Naturopathic doctor. However, he ignored this diagnosis.

Dan's digestive problems became worse as he reached his 30's to the point that it was becoming unbearable. In his late 30's he read an article about parasites and thought maybe that was part of the problem. So he did a parasite cleanse which helped with the problems tremendously. For 2 years he felt pretty good but eventually the cleansing effects wore off so he did it again. This time the results lasted about 8 months.

Right around 1995, Dan was able to get on the Internet and do some research on his problem. He came across a website that talked about candida yeast over growth, the symptoms they described matched his, which once again confirmed the Candida yeast diagnosis 10 years earlier. He bought the product and began to treat himself. After a couple of months he was a little better but he realized that fixing his problem was going to take forever, and he needed to incorporate the candida yeast diet as well.

Checking everyone’s suggested diet lead to immense confusion. Everyone had a different diet it seemed, especially on the Internet. Some said grains were ok; some said no; some said rotate them; some said use alternative grains. Some even said potatoes were ok! Now we all know potatoes are nothing but a sugar ball and candida eats sugar. It was a very frustrating experience.

Using all of the Medical information he found, Dan put a plan to work and in 14 months took his life back.

During this journey he became very interested in Alternative medicine and took a course in Nutrition through Humanitis International and the University of Miami School of Medicine. From there he went to Global College of Nutritional Medicine (now closed) to be a Holistic Healthcare Practitioner, with minors in Clinical Nutrition and Herbology.

This website is a combination of his Nutrition and Holistic training, life experience, collaboration with our team, and over 18 years of studying the medical research on candida yeast infections of all types. Dan and his team of scientists and doctors have the Expertise and Authority in this field that you can Trust and their research still continues to this very day.

It is our hope, that you will be able to use the information presented here to take your life back like many others have over the last 18 years.

Have a Wonderful day,