Mercury Poisoning, Candida Yeast, Or Both?

Dr. Vibhuti Rana, PhD says... The facts and information mentioned below pertaining to mercury poisoning and yeast infections and other problems it can create is medically correct.

Mercury poisoning is a direct cause of chronic yeast infections, especially for those of  you who can't seem to get rid of it. The general line of thought is yeast multiplies in the presence of excess metals. The yeast cell binds and absorbs its own weight in mercury and prevents it from entering the blood stream. What the yeast can't deal with, or use in the construction of its biofilm, is either disposed of through the colon or poisons you as methyl mercury.

When methyl mercury poisons you, it passes through the entire intestinal wall. The body's macrophages and master antioxidant glutathione try to clean up and detoxify this on-going mess. At some point they  get weakened, depleted,  and worn out. Your yeast infection and other health issues gradually get worse and worse. 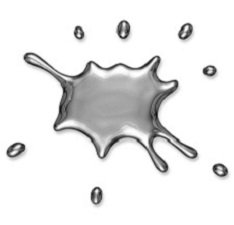 Dr. J. Trowbridge has written in his book "The Yeast Syndrome,"  that some doctors specializing in Candida treatment have discussed with him that they have discovered clinically that 98% of their patients with chronic Candida also had mercury toxicity

“Mercury vapors from dental fillings play havoc on the body through a host of means, the least of which is to feed the bacteria, fungi, and yeasts that thrive on mercury. Mercury will promote the growth of Candida, though as it absorbs the mercury, it thereby protects the system to a certain extent from its toxicity – until they are saturated then they begin to re-release the mercury in organic form.”

“Mercury fed Candida becomes more and more virulent and eventually penetrates the intestinal walls and invades the cells. These fungal microorganisms become quite at home in the cell, and can easily be considered a principle characteristic of cancer”.

Dr. Sircus could be right because this published study in 2012 found that Candida yeast was 67% more prevalent among patients with amalgam fillings.

Dr. Scott Fogle from Portland Oregon, tackles the question of which comes first, Candida or mercury:

“It is very difficult to say which came first, the yeast buildup or the low-level mercury toxicity. The most prevalent theory is that low-level mercury toxicity causes some degree of suppression of the immune system, making it easier for the yeast to proliferate in the human body. This process is especially true in the gastrointestinal tract and in the vaginas of particularly sensitive women.”

Mercury overload and build up is different than mercury poisoning. While mercury poisoning is the acute condition caused by a large intake of mercury, mercury overload and build up is chronic and exposure to low level of mercury over a period of time, which frequently goes undiagnosed due to ‘not high’ level of mercury that the diagnostic tests detect. The daily exposure of low dose mercury leads to accumulation of mercury in the body further causing several manifestations that we are not aware of. Not many scientific studies have been reported that correlate the mercury accumulation and Candida overgrowth, however, a report mentions that mercury is harmful to the gut bacteria (1); and maybe this depletion of the gut bacteria increases Candida colonization. Although there are studies which show that Candida biofilm are resistant to heavy metals including mercury (2), and heavy metals are absorbed by Candida biofilms (3), no study has clearly shown the growth promotion of Candida in the presence of mercury.

An article in the November issue of the New England Journal of Medicine, 2002, talks about mercury levels being directly associated with the risk of myocardial infarction (heart attacks), and that this partially offset the protective effects of DHA derived from eating fish.

The New England Journal of Medicine editorialized: "The notion that methyl mercury contributes to cardiovascular disease is certainly a testable hypothesis and one that warrants further testing."

Mercury catalyzes oxidation in important parts of your body, the worst areas being the membranes around and inside the cells. It sticks to the sulfhydryl groups present on the membranes and destroys the essential fatty acids that your body can't replace. It also destroys the phospholipids that hold the membrane together.

It oxidizes the cellular proteins that hold the cell together keeping things like your DNA in place. It kicks out the appropriate metal from the enzyme receptor sites and renders these sites inactive.

The significance of the above two paragraphs has a lot to do with cell to cell communication and the immune system. Your cells talk to one another and relay information so they all work together as a whole system. When cells are in danger, for instance, they send out cytokines, which are like hormone signals asking for help from the immune system. If mercury has damaged the outer membrane, it will be unable to send out the required signal for help. Viruses, bad bacteria, and yeast have a field day because the cells are defenseless by themselves.

If this is not enough, Dr. Mark Lustberg of the University of Maryland School of Medicine, and Ellen Silbergeld of Johns Hopkins University, compared data gathered from the 2000 U.S. census and the massive Third National Health and Nutrition Examination Survey.

From this data and survey, they estimated that 29 million people in the US had high levels, 20 mcg/dL or higher of lead in their bodies. Death rates of those in the study were also examined. The results turned out to be a little disturbing.

Why is lead relevant to mercury poisoning and yeast infections? Because quite often lead also comes back high in the test results of those with high mercury levels and there are no safe lead levels. I also see high levels of antimony but I am not sure how antimony and yeast could be connected at the moment.

I would like to add on few points here about the problems caused by mercury accumulation in the body apart from yeast infection. Mercury accumulation leads to inflammation and autoimmune disorders (1). Association of mercury accumulation with several enzyme and hormone levels in body has been reported. Among the hormones, mostly affected ones were the thyroid hormone and adrenocortical levels in the body (2,3). In summary, mercury overload in the body causes several damages to the body including the immune system as well as vital hormones and enzymes required for the body.

Recently the Environmental Protection Agency said, "One in every six women of childbearing age has enough mercury in their bloodstream to cause neurological damage to their unborn children."

Mercury accumulation levels in females are 2:1 over males. It accumulates in the central nervous system, the endocrine system, and every major organ, as well as the body at large.

Hormones are especially important for women when it comes to chronic yeast infections because Candida yeast is dependent on estrogen. If mercury is altering your natural hormone balance and estrogen is to high, it is extremely hard to get rid of vaginal yeast.

If you have constant yeast infections or Candida you must look into the mercury connection. When the yeast cell becomes saturated or has absorbed all it can, roughly its own weight, it disposes of the rest as methyl mercury and this can be absorbed into your body.

It is a vicious circle that can go on forever if you do not remove the mercury while treating yourself for Candida.

According to WHO, “exposure mainly occurs through consumption of fish and shellfish contaminated with methylmercury and through worker inhalation of elemental mercury vapours during industrial processes. Cooking does not eliminate mercury.” (1)

Yeasts flourish in the host body by building biofilms around themselves. This shield of biofilm is fortified by iron and heavy metals such as mercury and lead. It is shown that high levels of mercury and lead impair the immune function of neutrophils, which otherwise release hypochlorous acid to penetrate and kill the Candida and bacterial pathogens. (2)

Interestingly, many of the symptoms of yeast infections resemble those of heavy metal poisoning. These include nausea, diarrhea, dysbiosis, digestive disorders, fatigue, hormonal imbalance, allergies, sinus, ear-aches, etc. Mercurial overload in body lead to other problems such as Hashimoto’s, Graves disease, and other autoimmune diseases. (3) A 2007 report published by Clifton states that the global burden of mercury is increasing by 1.5% every year and mercury is the third most toxic metal in the world. (4)

In vivo, the inorganic form like mercury changes to organic forms like methyl mercury, which is highly toxic and is associated with nervous system damage in adults and impaired neurological development in infants and children. The GI tract absorbs approximately 95% of ingested methylmercury where it can then enter the red blood cells and the brain by binding covalently to glutathione and cysteine protein groups. (5)

You can take a look at the mercury poisoning symptoms page to see if this might be a problem for you.

You can learn how to do mercury testing here  if you want to verify that this is a problem for you.

On this webpage I have outlined how to safely treat yourself for mercury poisoning or other high metal levels. The good thing is, you can treat yourself for the candida yeast infection at the same time and I do suggest you do it this way.

Have Any Questions About Mercury Poisoning?

Do you have any questions about mercury poisoning, other heavy metals, or yeast infections in general? Ask your question here or contact us using the contact page of this website. It is also always a good idea to talk to your doctor as well.

Should I delay treatment for Hg and Candida?

Should I delay treating Candida and Hg overload exposure until I heal from a bone graft after a failed tooth implant removal I had 2 weeks ago? I plan …

Back to Cause of Yeast Infection