Dr. Vibhuti Rana, PhD says... The information below regarding the contribution of chronic fungal yeast infections in the arteriosclerotic developments in human body are correct.

Heart disease, such as arteriosclerosis or atherosclerosis is said to be caused by high cholesterol and high blood pressure, as the world knows. It is a major killer in the US today. In spite of the low fat diet craze of the last 30 years, why are the statistics not improving?

More than 1500 people lost their lives yesterday to arteriosclerosis. Almost the same number will lose their lives today in spite of the vast research and modern medicine. As a matter of fact, the two biggest killers in the USA today are heart diseases and cancer.

Many others and I believe that heart disease can be caused by chronic yeast infections and their mycotoxins. This encompasses the general state of malnutrition in the USA from eating nutritionally deficient foods that don’t provide the necessary elements to allow the arteries to maintain their flexibility.

Years ago, some big shot medical researcher successfully linked high cholesterol to heart disease - caused mortality in people. So it was assumed that we must be getting too much cholesterol in our diets (he was right in a way). So the low fat craze was born and arteriosclerosis and cancer have risen in spite of the typical low fat diet of today.

I think that heart problems and cancer are more than likely caused by the high sugar, yeast, and fungi laden diets of today, aggravated by the lack of nutrients because they cause inflammation. How could a beneficial substance found in every cell in the body raise to extremely high levels clogging arteries and causing strokes and arteriosclerosis?

How Do Yeasts Contribute to Heart Disease? 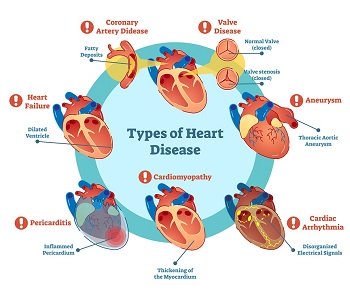 A.V. Constantini M.D. (retired doctor, WHO) spent 18 years of his life researching fungi and mycotoxins in foods. He wrote a book called Fungalbionics in 1994, you will never find it, it wasn't received well in the USA. He states: "There is a known cause of arteriosclerosis and that cause is fungi and their mycotoxins".

He states that there is indeed a link between the foods we eat (contaminated with fungus and mycotoxins) and the onset of heart disease. This book sets this possible cause of heart disease to rest once and for all and links them to chronic yeast infections and the fungi that cause them.

Did you know that the drug class known as “statins” used for lowering blood cholesterol actually kills fungus including candida albicans. (Antibiot Khimioter 1996)

So basically, if you do not treat the chronic yeast infection in the body caused by fungi, you will, consequently, have high cholesterol because you have not removed the root creator of the mycotoxin poisons... and arteriosclerosis or a heart attack will follow sooner or later.

As mentioned in the above section, fungi can be the cause of heart disease. Well, they are not only the entire cause but yes, they do contribute to arteriosclerosis. Some studies have reported the existence of fungi in atherosclerotic plaques. Fungal nucleic acids have been found in 11 out of 41 clinical specimens of atherosclerotic plaques (1).

I would go on the diet for a month and take the natural alternatives listed on this website. If your cholesterol falls, and it more than likely will, then you will know beyond any doubt that it was indeed caused by systemic yeast infections. Then the whole process of keeping your cholesterol level down is really quite simple without the harsh modern medicines.

Many studies support the correlation between presence of yeast and occurrence of cardiovascular diseases. In 2014, a collaborative study conducted by Nurgeldiyeva et al. from Turkmenistan, it was found that patients with Acute Coronary Syndrome, a heart condition, were positive for Candida albicans infection in the atherosclerotic plaques. (1)

Another article published in Iran Journal of Public Health in 2015 stated that 27% of the samples from 41 atherosclerosis patients showed a significant correlation with fungal infections. Therefore, they suggest further probing into this direction for deriving a stronger conclusion in more number of samples. (2)

A report by Magda Carvajal-Moreno from Ciudad University, Mexico, has discussed about the mycotoxins that may result in cardiovascular diseases. Aflatoxin B1, fumonisins, moniliformin, etc. have been proven to cause heart failures and dysfunction, as seen in pathological experiments. (3)

People who are constantly exposed to damp living conditions, and molds, in addition to high cholesterol have been shown to develop high risk of heart diseases in comparison to people who have lesser mold or fungal toxins entering their body. This was shown in an article which concluded that mycotoxins could unfavorably affect cholesterol metabolism through interactions with the associated enzymes and interference of cellular supply and consumption of cholesterol. (4)

Thus, it is most likely that individuals exposed to chronic toxigenic molds releasing mycotoxins are most likely at risk of neurological disorders including cardiovascular diseases and stroke.

Have Any Questions About Heart Disease & Chronic Yeast Infections?

Do you have any questions about heart disease, chronic yeast infections, or yeast infections in general? Ask your question here or contact us using the contact page of this website. It is also always a good idea to talk to your doctor as well.

Mental Depression and The Emotional Rollercoaster