Effects of Stress on Your Body

Dr. Vibhuti Rana, PhD says... The facts presented in the article below in context to stress and its effects on the body and immune system are medically correct.

I am often asked- “What are the effects of stress on the body and does it contribute to the cause of yeast infection?” The answer is...Yes it does, because stress can cut down immune function by up to 50%. Now that is something you don’t want when you’re dealing with yeast infections or any other serious illness.

We all suffer from stress on a daily basis. From being overworked, underworked, and bored to tears, worrying about money or family, the lack of sleep, conflict with others, social isolation, and even getting stuck in traffic, to name a few. People, places, and incidents that are beyond our control most often cause stress.

We all deal with the effects of stress differently and some of us are more resilient than others. What stresses out one person out may not bother the other. But, what happens to our body and immune system if we cannot deal with the stress that affects us? 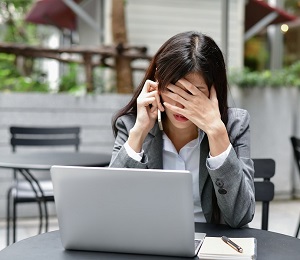 The immune system covers an intricate system of cells that communicate with one another to defend the body during tough infections or invasions by the pathogens. It is also responsible for most of the clean up and disposal of waste functions of the body. Macrophages, for instance, not only defend the body but eat up and get rid of waste. There are also a myriad of cells that calm down (suppress) the immune response so the immune system does not attack itself or your body.

Most of these immune system cells are classified as T-cells.

T-cells are white blood cells formed in the bone marrow that migrate to the thymic gland to mature. Upon maturing, they are released into the blood stream to provide for the host body defense. You also have what is known as T Helper cells called CD4 cells that aid in the production of antibodies in the bone marrow; and Killer T-cells called CD8+ cells that kill cancer cells, cells that are infected by pathogens such as viruses or yeasts, or cells that have been damaged in other ways.

Immunity is broadly divided into two categories: Innate immunity and Acquired immunity. The innate immunity is present in all living organisms which are the first-line defense against foreign materials entering the body. These comprise cellular factors such as neutrophils and macrophages, which engulf the foreign materials; and humoral factors such as cytokines that cause inflammatory response, fever to alert the body about foreign evasion and promote wound healing. Cytokines include the interleukins and tumor necrosis factor alpha (TNF-alpha). Acquired immunity is obtained over time due to the effect of memory and involves antibody production. These consist of lymphocytes which is further divided into the T cells and B cells. T cells are either T-helper cells of T-cytotoxic cells. The T-cytotoxic cells recognize foreign particle and destroy those particles. B cells produce antibodies that can neutralizing microbial toxins and can boost the innate immunity.

Stress can make the immune system weakened and make the body prone to infections (by bacteria, virus and fungi) and other diseases, while it can also aggravate the preexisting diseases. Stress can decrease the activity of T cells, and immune functionality of the phagocytes (1). In addition, catecholamines and opioids that are released as a result of stress, suppress immunity (1, 2).

How Stress Effects the Immune System

In a study done in 1991 by Dr. Manuck et al, it was shown that those people that are affected by high levels of stress quite often show an elevated heart rate and an increased number of CD8 cells that suppress immune function.

It has also been shown that high stress levels can increase the levels of the brain hormones (neurotransmitters) epinephrine and norepinephrine. These are the hormones that control the blood flow through expansion and contraction of arteries. This influences the ability of the natural killer (NK) cells and T-cells to reach all the extremities in the body. Under high levels of stress, the blood flow decreases, thereby reducing the immune system’s ability to defend the body efficiently. (Naliboff, 1991; Kiecolt-Glaser, 1992)

The release of epinephrine and norepinephrine also contributes to blood platelet clogging in the cardiovascular system resulting in heart attacks, heart diseases, and stroke. People that are extremely competitive in work and life overall have higher stress levels than those who have more laid back approach towards life.  It has been found that these ultra competitive types suffer from high cholesterol, high blood pressure, increased insulin response, and artery lesions from the constant oversupply of those above two hormones. (McEwen & Stellar, 1993)

The chronic effects of stress can play a role in aggravating diabetes by altering the insulin levels in the body. Children who are subjected to high stress levels on a regular basis between the ages of 5 and 9 showed a much higher risk of contracting diabetes later in life.

Stress can lead to asthma

Doctors Elliot & Eisdorfer in 1982 determined that stress plays a role in the interaction between IgE antibodies and antigens that cause an increase of histamine in the body. Histamine blocks airways and has been linked to the development of asthma.

Stress greatly influences the digestive system. Ulcers, presented by excessive acid release can be caused by excessive stress. Although most ulcers are caused by H. Pylori, the added stress hastens its ability to form its protective biofilm shell in the stomach. Too much stomach acid can cause intestinal ulcers over a period of time as the acid burns a hole in the mucous lining. Acid reflux can lead to esophageal cancer if not brought under control.

Because of the increased levels of CD8 cells, people that suffer from stress also have an 82% higher rate of viral infections. Ask anyone with herpes if they usually have breakouts during periods of high stress in their lives and they'll tell you yes. Most colds and flu actually occur on the weekends after a stressful week at the office.

Stress contributes to loss of sleep

Not only does stress greatly reduce the immune system functioning; being over stressed leads to loss of sleep, which reduces melatonin production. Melatonin is another hormone that boosts immune function and helps repair the body as you sleep. Matter of fact, it has been proven that people who work nights have higher rates of prostate and breast cancer because of reduced melatonin production from a lack of sleep.

High stress can also contribute to drug and alcohol dependency, forgetfulness, low energy levels, and depression. WebMD estimates that 75 to 95% of all doctor visits are stress related.

STRESS AND HEALTH: Psychological, Behavioral, and Biological Determinants is a very good, but long, read on what stress does to you if you are interested.

Stress affects the function of our whole body; every part and every system of the body is negatively affected by stress. Stress not only affects our psychological well-being, but also effects the overall physiology of our body. Most of them are included in the above section, I just add on some points to them.

Stress affects our brain and can cause structural changes in the brain (1) and can even decrease its weight (2). This, in turn, affects the overall cognition, learning and memory (1). The direct effect of stress on immunity has already been discussed in the first section of the article. The suppressed immunity can be the cause of many infections as well as genetic instabilities and cancer (3). The effect of stress on the cardiovascular system has also been well studied. The initial effect is on the heart rate (4), then the blood pressure, then as the condition worsens other effects are observed such as the increase in blood lipids, blood clotting disorders, decreased oxygen supply to the heart, cardiac arrythmias and myocardial infractions.

The effect of stress on the gastrointestinal system starts with loss of appetite, absorption of nutrition, intestinal permeability, mucous, stomach acid secretion, intestinal peristalsis, gastric emptying. It has also been reported that gastrointestinal disorders such as irritable bowel syndrome, Crohn’s disease and gastrointestinal ulcer have been linked to stress. Not to forget about the damaging effects that stress causes to our hormonal balance which is the culprit of several diseases including diabetes. Loss of libido, malfunction of pituitary, adrenal, thyroid, gonads and the overall endocrine system is affected by stress (5).

The effects of stress on the body are definitely negative. If you are under high stress you need to get it under control so your immune system can help you fight your yeast infection.

The stress hormone, corticosteroid, causes a decline in the antigen (foreign elements)-fighting capacity of our immune system. A group of researchers from the State University of Londrana, Brazil have discussed the “psychoneuroimmunological” role of stress in impairing the immune system and even leading to progression of certain cancer types. Moreover, they state that stress and depression are associated with decline in the number of cytotoxic T cells and Natural Killer cells of the immune system. Such a decrease in number results in genetic instability of the DNA...and thus other complex diseases are not far from here. (1)

According to an article published in Applied and Preventive Psychology, in 1992, physiological changes, such as increase in cortisol and catecholamines, have been concerned with stress-induced immunological alterations, in both animal as well as human studies. (2) A Life Experience survey conducted in individuals facing a negative life change or stress was correlated with the number of yeast infections in past, and to the doctor visits for yeast infection treatments. (3) Thus, severe or chronic stress is supposed to deteriorate the immune system, most likely welcoming the yeast infections in human body.

Have Any Questions About The Effects of Stress?

Do you have any questions about the effects of stress or yeast infections in general? Ask your question here or contact us using the contact page of this website. It is also always a good idea to talk to your doctor as well.

How to Relieve Stress & Fix the Effects of Stress

Back to Cause of Yeast Infection Webpage