Dr. Vibhuti Rana, PhD says... The information in this article discussing the link between depression and yeast infections is medically correct.

Millions of people suffer from depression caused by systemic yeast infections every year and the cause is absolutely in most cases "unknown". 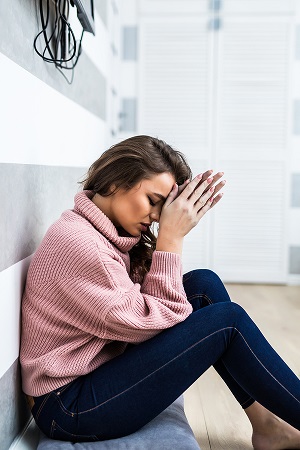 The Principals and Practice of Clinical Mycology published in 1996 talks about research done on meningitis; "itis" means an inflammation of the tissues. Imagine, if yeast and fungus can make bread swell (rise) couldn't it cause brain tissue to swell as well?

There are six known fungi that can penetrate the meninges, including Candida albicans, the most common cause of systemic yeast infection.

Now if everyday people are consuming potatoes, sodas, grains, beans, etc, 69% of them could be producing alcohol within their bodies, due to the presence of these fungal microbes, of course the hangover also is a result of that. This is all so mild that a person would not notice the alcohol feeling, but don't you think it is possible that this mild hangover could be the cause of their depression and brain fog over a cumulative period of time?

In Candida sufferers the emotional roller coaster ride can be quite severe. You can be happy one minute and suffer from depression the next. Then come fits of anger or being very short tempered, and they can get extremely frustrated very quickly for no apparent reason.

Lots of people with this condition will experience many emotions and I sometimes wonder if this isn't a leading cause of divorce in the US that is unknown to many!

The above article talks about a link between mental health and yeast infection, a fact that nobody probably gives a thought as a first cause. But increasing evidence has provided greater details regarding this link. Studies conducted in 2012 (1) and 2016 (2) showed that Candida albicans

colonization was increased in people with schizophrenia, a mental illness. The increased colonization of C. albicans in the gastrointestinal tract has been associated with anxiety-like behavior (3). The link between the gut and brain has been given a name of gut-brain-axis. There is a direct connection of our brain, how we feel and how our brain functions overall with our gut environment. And whenever we talk about gut, the gut microbiome is the first one that determines the environment of our gut. This microbiome consists of bacteria and fungi. We all know that C. albicans forms a major part of our gut microbiome, starting from the oral cavity, and also that of vagina. Well, the balance of bacteria and fungi is the normal ecosystem in the gut, but when the ecosystem is disturbed, there are negative consequences. Increased colonization of C. albicans was found to alter lipid and endocannabinoid levels in the brain and gastrointestinal track of mice (3). Thus, the neuroendocrine changes due to C. albicans colonization was responsible for the psychiatric symptoms (3,4).

The environment in our gut and the microbiome further depend upon the diet we intake. Therefore, how we feel, and how we react has a lot to do with what we eat. A randomized placebo-controlled study conducted in 2017 found that when probiotics (which contain the good bacteria) were given, Candida antibody levels were lowered in schizophrenic patients, and yeast-related gastrointestinal discomfort were also relieved (4).

Dr. Orion Truss first published his findings on mental health and Candida infections. He presented his work at the Huxley Symposium in 1981 showing that people with even slightly compromised immune system (due to antibiotic misuse, or taking immuno suppressants) showed the vague symptoms of depression, loss of memory, brain fog, etc. Unfortunately, his work was not given the desired appreciation and attention. (1)

In another study conducted at John Hopkins, schizophrenia and bipolar disorders in patients was associated with a history of Candida infections. Though the researchers do not claim to have found a cause and effect finding, but their study supports the further probing into yeast infection-dependent mental health issues. (2)

An article published by Rucklidge JJ, from the Dept. of Psychology, University of Canterbury, New Zealand, in 2013 says that gut microbiota balance is very essential to absorb medications administered for mental illness, ADHD, stress, and anxiety. Successful treatment was achieved when a patient with ADHD (since 3 years) was given Olive leaf extract and probiotics, clearing the Candidal imbalance. (3)

William Crook, MD, the author of “The Yeast Connection” also writes about the connection between mental health and Candida infections. He has summarized his work in an article that was published in 1984. (4)

Have Any Questions About Yeast Associated Depression?

Do you have any questions about yeast associated depression or yeast infections in general? Ask your question here or contact us using the contact page of this website. It is also always a good idea to talk to your doctor as well.