Dr. Atmika Paudel, PhD says...The facts presented below about Lactobacillus GG and its many benefits are medically correct.

In 1905, Dr. Elie Metchnikoff's original research led to the discovery of the Lactobacillus strains of good bacteria. During his research he suggested that consuming lactobacillus rich yogurt could alter the aging process. Consequently, he was responsible for the introduction of L. bulgaricus and Streptococcus thermophilus in yogurt throughout the world.

While his discovery did aid in the treatment of many intestinal disorders including candida yeast infections, it did not achieve the degree of benefit he had thought it would. The reason for this is L. bulgaricus and Streptococcus thermophilus do not repopulate the human intestine since they are not normally found there. However, it was then that the study of probiotics and good bacteria for human health was born. 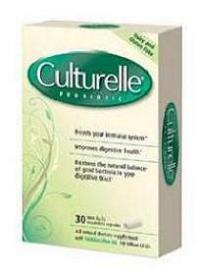 Fast forward to 1985, when Professors Sherwood Gorbach and Barry Goldin from Tufts University School of Medicine were doing research into Lactobacillus species and the human digestive system. They were looking for the ideal probiotic candidate that would satisfy Dr. Metchinikoff’s vision. The criteria they set consisted of:

Through their research, they discovered and isolated a Lactobacillus strain that was later named Lactobacillus G.G ATCC 53103 that naturally occurs in the digestive tract. Since then Lactobacillus rhamnosus G.G has been the most studied strain of good bacteria in the world.

The Scientific Research Behind Lactobacillus GG

Lactobacillus GG (L. GG) has shown promising results in treating diarrhea caused by viruses and bacteria in both adults and children. Measurements of intestinal microflora show that LGG adheres to the intestinal wall during healthy periods as well as during episodes of diarrhea. In addition, L. GG improves microflora balance, and normalizes fecal enzyme and short-chain fatty acid levels.

In a study performed on 2000 individuals, many of them children, for preventing and treating acute diarrhea and intestinal infections the results are clear. No harmful effects were observed but L. GG did stabilize the mucosal lining of the intestine, prevent diarrhea, and reduced antibiotic caused diarrhea and intestinal lining inflammation in infants and adults.(1)

Another study involved two groups of participants that were given 400mg of Erythromycin 3 times a day for 7 days. One group received regular yogurt, the other yogurt containing L. GG. The number of bowel movements, diarrhea, frequency of stomach pain, and nausea was less frequent in the group receiving the L. GG. Besides, 75% of those people also had detectable levels of L. GG in their stool, proving that L. GG survived antibiotic attack.(2)

In April 2005, doctors Viljanen M and seven colleagues from the Skin and Allergy Hospital, University of Helsinki, in Finland, published a study on 230 infants with atopic eczema/dermatitis and a suspected cows' milk allergy. They formed 3 groups and gave each one either L. GG, a mixture of four other probiotic strains or a placebo for four weeks. They also eliminated dairy from their diets. At the end of the four weeks they reintroduced cows' milk proving 120 of the infants were allergic to cows milk.(Source)

An animal study suggested that L. GG increased the effectiveness of Glutathione S-transferases (GSTs) to protect the body against harmful compounds and environmental toxins. (4)

A study was done on rats with rheumatoid arthritis. They divided the animals into six groups and fed them either heat-killed Lactobacillus GG, live L. GG, sterilized milk, plain yogurt, yogurt-containing L. GG, or sterilized water. The researchers concluded, “Our observation of the remarkable preventive and curative effect on arthritis using commercial yogurts containing lactobacilli, especially L. GG, suggests the need for investigation of these agents in arthritic patients.” (5)

Microbiologist Hamilton-Miller JM from Department of Medical Microbiology, University College Medical School in the UK discovered that various types of the lactobacilli friendly bacteria inhibit or kill H. pylori and prevent its adhesion to cells. In vivo models have demonstrated that pre-treatment with a probiotic can prevent H. pylori infections. Studies also have shown that administration of probiotics markedly reduces an existing infection. The study also showed that patients given L. GG while taking modern prescription drugs for H. pylori tolerated the drugs much better than those that didn’t.(Source)

Japanese researchers explored another possible effect of Lactobacillus GG. They induced diabetes in rats, then fed the animals L. GG or a control diet from nine to 18 weeks of age. Lactobacillus GG not only lowered levels of glycosylated hemoglobin, but also improved glucose tolerance in the animals. (6)

The results also indicate a linkage of the lymphoid tissue between the gut and the upper respiratory tract. (7)

Pediatricians Rautava, Kalliomäki, and Isolauri from the Department of Pediatrics, University of Turku, Finland discovered that giving probiotics to pregnant and lactating mothers increased the immunoprotective potential of breast milk and protected the infants against atropic eczema during the first 2 years of life.(Source)

The above section has quite elaborately described the scientific basis of the probiotic capacity of Lactobacillus rhamnosus GG ATCC strain 53103 (first isolated from a healthy human intestinal flora) in terms of reported literature. With its gene pool (genome) sequenced in 2000 by Morita et al, it has proved to be a promising probiotic agent with diverse benefits (1). As evident from the reports discussed here, L. GG helps to nullify dysbiosis and maintain a healthy population of the good bacteria in the gut. It’s healing capacity in rat gastrointestinal ulcers has also been discussed in a study where gastric ulcers were externally induced in rats using acetic acid (2). L.GG attenuates cell death (apoptosis) and elevates Bcl-2 and ornithine decarboxylase proteins.

Another study on premenopausal black African women suffering from bacterial vaginosis shows that upon treatment with metronidazole augmented with Lactobacillus species probiotics like L. rhamnosus GR and L. reuteri, the symptoms and problems associated with vaginosis were alleviated (3). This bacterium has strong colon adhering and colonization capacity, which help it to facilitate promotion of gut health (4).

Children suffering from gastrointestinal inflammation and atopic dermatitis have shown vast improvements when administered with L. GG. The increased levels of anti-inflammatory cytokine IL-10 after L. GG ingestion support this property of the probiotic strain. IL-10 is an important molecule since it not only regulates itself, but also modules the synthesis of other cytokines like   IL‐2, IL‐4, IL‐6, IL‐12, TNFα and IFNγ (5). Among so many other benefits, L. GG has shown to improve dental health in young children. This was proven in a study that showed less dental caries children fed with L. GG supplemented milk (6).

All these studies clearly indicated the significance of including L. GG in our diet.

The Benefits of Lactobacillus GG in Review

As far as yeast infection sufferers are concerned, these last three benefits are extremely important. Just the fact that most probiotics say you have to refrigerate them suggests they spoil. What happens to food when it spoils? It molds of course, and molds kill good bacteria.

The fact that it survives antibiotic attack also is a blessing for every woman on the planet that has ever, or will ever, take an antibiotic for anything again. This would be a great probiotic to take with, and after an antibiotic course so you dodn’t get a yeast infection to start with.

Lactobacillus GG has one drawback. The product does not contain any Bifidobacterium species, the most prevalent strain of bacteria in the human intestine. None-the-less, the research and proven benefits of Lactobacillus GG are impressive.

This section clearly indicated that though Lactobacillus rhamnosus GG supplements may lack Bifidobacterium probiotic species, they still have a huge role in improving our gut health, shielding us from antibiotic-induced dysbiosis, protecting young children from immunological problems, gut inflammations, ulcers, or dental caries.

Any category of patients, or normal individuals can make use of this probiotic species and avail its benefits. L.GG strengthens our immune system against common colds, gastrointestinal disturbances, eczema, arthritis, and some other metabolic dysfunctions like diabetes. Moreover, clinical trial studies in adults indicates that it is well tolerated and free of potential side effects or toxicity, making it ideal for boosting gut health. At their worst, they could cause bloating or nausea, and did not affect the immune system in a significant manner (only proinflammatory IL-8 cytokine reduced temporarily) (1).

Other extra-intestinal effects have also been well documented, as discussed above. Some of these are improvement of respiratory health, lesser infant rhinovirus-induced episodes, reduction of dental caries and reduction in oral Streptococcus mutans, decreased frequency of pulmonary exacerbations and increased body weight in cystic fibrosis patients, etc (2).

Lactobacillus GG has been reported to exert antifungal activity in several literatures. A recent scientific study published in Scientific Reports in 2019 showed that chitinase present in Lactobacillus GG was responsible for the inhibition of transition of Candida from yeast to hyphal form. (2)

Similarly, another study published in PLOS One in 2017 found that Lactobacillus GG prevents Candida adhesion and invasion, thus exerting a protective effect.

In a clinical trial where L. GG was given to children with acute onset diarrhea, it was found that L. GG led to improved recovery (5).

Back to Probiotics for Yeast Home