Is Yogurt Ok on The Candida Diet?

Yogurt is a primitive food used by peoples in Europe, Middle East, and Asia across the millennia. It is generally reported that yogurt first appeared around 5,000 to 10,000 years ago during the Neolithic period, most probably due to the milk naturally souring in warm climates. Further evidence from the ancient pottery revealed that Neothilic people stored milk in pots; as a fermented food, yogurt was considered a great way to preserve milk. In addition, yogurt was reported as a well-known food in the Roman and Greek empires and used in Mediterranean cuisine since 800 BCE. 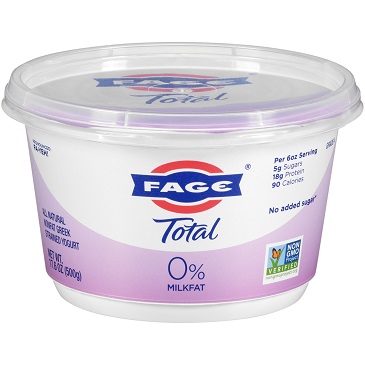 Historical texts reveal that yogurt is believed to have been consumed as far as back 10,000 to 5,000 BC. It is also estimated that the earliest yogurt was made in Mesopotamia around 5,000 BC accidentally when milk-producing animals were domesticated for the first time. In Africa and the Middle East, the oldest traces were found that people consumed milk from goats, sheep, and cows around 8500 BC. For centuries, yogurt has been the staple food in Turkish, Indian, Arabic, and Russian cuisines. The 1st large-scale production of yogurt is accredited to Issac Carasso in Barcelona in 1919.(1)

One serving of yogurt (100 grams) contains 61 calories. It is a good source of protein, vitamins, and minerals. It also consist of carbohydrates, fats, and probiotics. The 100 grams of yogurt contain 61 calories, 88% water, 3.5 g proteins, 4.7 g carbohydrates, 4.7 g sugar, and 3.3 g fats. These nutrients play a vital role in the maintenance of the body and promote gut health.(2)

Yogurt is a rich source of protein. One cup of plain yogurt consist of 8.5g of protein made from whole milk packs. The protein content present in commercial yogurt is higher than in milk. Casein and whey proteins present in yogurt are rich in essential amino acids and are easily digestible for most people.(3)

Carbohydrates present in yogurt are simple sugars known as lactose and galactose. The amount of carbs in yogurt is highly variable and ranges from 4.7% to 18.6%. One serving of unsweetened yogurt contains 4.7 grams of carbs.(4)

One serving of yogurt contains 3.3g of fats. However, the amount of fats present in yogurt depends on the milk type. The fat in yogurt is the saturated type and is 70%, but it also contains monounsaturated fat. Yogurt also consists of ruminant trans-fat, and is considered beneficial.(5)

The nutritional value may vary among different types of yogurt. The following vitamins and minerals are present in high amounts in yogurt:

Vitamin B12 keeps the nerve cells healthy and plays an essential role in the synthesis of DNA. Another vitamin present in yogurt is riboflavin, vitamin B2, and a necessary part of cellular respiration.(6)

Calcium, magnesium, and phosphorus are essential minerals found in yogurt. Calcium is responsible for maintaining bone growth and bone density. Magnesium acts as a cofactor in the body and regulates different biochemical pathways in the body. Phosphorus plays its integral role in the repair mechanism of bones and improves nerve function.

Selenium and zinc are trace minerals present in yogurt. Selenium enhances the metabolism and thyroid function and prevents the body from oxidative damage while zinc boosts its immune system.(7)

Antioxidants and Favonoids in Yogurt

Yogurt plays a vital role in the management of body weight. It helps in weight reduction, waist circumference, and body fat percentage. Diets, including yogurt, reduce the incidence of obesity due to their higher nutrient content.(13) Yogurt also improves the immune system of the body and reduces the likelihood of developing an illness. Probiotics present in yogurt reduces inflammation which is linked to gut disorders. Due to probiotics, the incidence, duration, and severity of the disease may be reduced.(14)

Furthermore, yogurt's immune-boosting properties are due to trace minerals, including zinc, selenium, and magnesium. Yogurt also helps in metabolism by enhancing the body's energy expenditure. Consumption of yogurt daily helps in weight control because the high protein content in yogurt regulates appetite and promotes the feeling of fullness.(15)

Yogurt can also prevent cancer in humans. It helps to prevent the risk of pre-cancerous bowel growth. Many researchers suggested that high yogurt consumption might lower bowel cancer risk because it alters the type and volume of bacteria in the gastrointestinal tract.(16)

Besides potential benefits, yogurt has some adverse effects in some people, particularly those who are lactose intolerant and have milk allergy issues. Though yogurt consists of less lactose than milk, some lactose-intolerant individuals face the problem of lactose intolerance by eating yogurt.(17) Moreover, milk allergy is considered rare but is more common in children than adults. The milk proteins casein and whey trigger most allergies; hence people that have a milk allergy should avoid eating yogurt. Casein can also cause constipation in children and some adults. Yogurt rich in high amounts of sugar should be avoided and is not beneficial for heart and type-2 diabetic patients.(18)

Yogurt on The Candida Diet

Because of the probiotic bacteria found in yogurt, which help keep yeasts under control, it is allowed on the Candida diet. However, most current manufacturers of yogurt add sugar to their formulas. Because of this you must check the label. Fage brand tends to have the lowest sugar content, generally around 5 or 6 grams per 6 or 7 ounce serving.