Are GMO Foods a Good Idea on the Candida Yeast Diet?

Dr. Vibhuti Rana, PhD who says... The information about gmo foods mentioned in the article below is medically correct.

New research is starting to show just how hazardous genetically modified GMO foods can be, and why you should avoid them at all costs.

GMOs are a result of genetic engineering or recombinant DNA Technology, during which certain “favorable” traits of one organism are inserted into another organism’s genome—permanently altering the second organism’s DNA, supposedly for the better. An example of this would be manipulating the DNA of a crop like corn so that it has a built-in pesticide or herbicide component.

This is just one example of how crops are genetically modified. In theory, it sounds like a great idea. Less crop loss due to pests equals more crop yields. More crops mean lower cost and fewer people going hungry. So, where’s the harm?

The Possible Problems of GMO Foods

Well, consider this: According to Greenpeace, once planted, GMOs are uncontrollable and cannot be “taken back.” This means they can spread and easily contaminate non-GMO populations.1 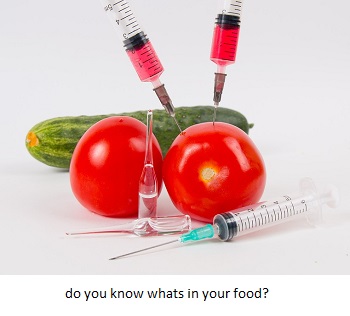 Furthermore, GMO foods are threatening small organic farmers’ livelihoods. Since GMOs are patented by giant agricultural corporations, these conglomerates are known to sue family farmers for alleged patent violations, should they come to “possess” GMO technology as a result of completely uncontrollable contamination.

So what’s a small farmer to do if sued by a multi-billion dollar agricultural bully? Many just quit farming altogether, leaving us with fewer and fewer organic family-owned farms.

The most disturbing point to make about GMO foods is that very little research has been conducted on their long-term safety in animals, much less humans. That is, until recently.

GMO Foods Effect on Your Health

A recent study published in the International Journal of Biological Sciences showed just how harmful the consumption of GM food is to rats, with the implication that human health could be put in great danger as well by the intake of GM foods.2

The rats were randomly divided by body weight and fed three different commercially available, genetically modified corn varieties. One type (NK 603) was modified to be tolerant to the herbicide Roundup (and therefore contained trace levels of this chemical). The other two types (MON 810 and MON 863) were altered to synthesize two different Bacillus thuringiensis toxins used as insecticides. There were also two comparative control groups which were fed with similar quantity diets of non-GM corn.

Researchers measured 60 different measures of toxicity in the rats’ blood and urine after five and 14 weeks.

As for the MON 863 maize, researchers witnessed another set of 34 significant GM-related effects in the kidneys and liver, this time equally among the males and females. Other statistically significant effects included increases in glucose and triglyceride levels (up to 40%) in females versus controls, and higher overall body weight (3.7%).

In addition to liver and kidney damage, all three GM feed groups were found to have problems with the heart, adrenal glands, spleen and haematopoietic system (which is involved in the production of blood). Most shockingly, 50 percent of males and 70 percent of females died prematurely, compared to 30 percent and 20 percent, respectively, in the controls.

The researchers’ written conclusion says it all: “Our data strongly suggests that these GM maize varieties induce a state of hepato-renal [kidney/liver] toxicity. This could be due to the new pesticides (herbicide or insecticide) present specifically in each type of GM maize, although unintended metabolic effects due to the mutagenic properties of the GM transformation process cannot be excluded.”

This study highlights exactly why altering the genetic composition of food in any way can lead to catastrophic consequences. In 20 or 30 years, we may start to see just how much of an impact GM foods have on human health. But, for now, most people remain completely unaware of the potential dangers lurking around their food.

What does this have to do with yeast infections? It's simple really, if you are consuming GMO foods, you are damaging your liver and kidneys, which is your bodies detox system. Because yeasts produce toxins known as  acetaldehydes, you are slowly poisoning yourself. Acetaldehydes increase your risk of cirrhosis of the liver and multiple forms of cancer.

How to Avoid GMO Foods?

The easy answer to stay healthy is by going organic and avoiding GMO food. But when you think about exactly how many food products contain the GM ingredient; the top GM foods being corn, soybeans, papaya and sugar beets, you start to realize just how daunting of a task this can be.

First and foremost, you can choose organic produce over conventionally grown varieties. Next, reduce or eliminate the processed foods you buy.

When you do buy processed items, you have to read the labels. If any of the ingredients are not listed as organic, than you can assume they are GM.

Of course, reading labels does not guarantee that you’ll know for sure that every single ingredient in the food item is non-GM, mainly because manufacturers are not required to list every single ingredient used during manufacture. The whole process really is an uphill battle, but taking these steps can at least ensure that most of what you eat is relatively safe. Online databases of organic manufacturers can help you out, too.

Genetically modified foods seem to be here to stay and will likely only get more plentiful. Now more than ever, you have to take total control of your food choices to protect yourself and your family. I urge you to do your homework and say “NO” to GMO food now and in the future.

While giant agricultural corporate are trying to stabilize and promote the use of GMOs among global consumers, they are overlooking several hazardous effects caused by gene modifications done for each of these foods. Some of the concerns are potential health issues arising from antibiotic-resistant genes, risks from unintended impact of the genetic engineering process, the elevation in the use of pesticides stemming from widespread planting of gene-spliced plant species/varieties. (1)

Studies in China have also shown a drastic rise in food production by eliminating pesticides and patented genetically modified seeds, just by employing agro-ecological techniques (2). Apart from having a lower pesticide residue exposure, organic foods are known to possess significantly greater vitamin C, iron, magnesium, and phosphorus content compared to the GMO foods (3). Most of the organic foods also bear antioxidant phytochemicals (anthocyanins, flavonoids, and carotenoids), and are more potent suppressors of the mutagenic action of toxic compounds, and inhibit the proliferation of certain cancer cell lines, as shown by in vitro studies.

Moreover, as discussed in the article above, several toxicity issues are associated with GMOs. The results of most studies with GM foods indicate that they may cause some common hepatic, pancreatic, renal, or reproductive toxic effects. In addition, GMOs may even modify the hematological, biochemical, and immunologic parameters associated with a healthy and sound body. (4)

Back to the Candida Diet Page