The Role of Zinc in Candida Albicans Infections

Candida albicans is a persistent pathogen in humans. It remains unclear why, but this organism is able to sense changes in the host environment and adapt itself accordingly to invade organs ranging in diversity from the vagina to the heart valves. The ability of this fungus to change between different forms, i.e. its morphological plasticity, is recognized as a key virulence attribute. The two distinct, well-studied forms of this pathogen are the “yeast” or budding form and the elongate mycelial form (5).

During infections, the mycelial forms of C. albicans are known to penetrate tissues causing damage to the host. Although the mycelial form is considered more invasive and “pathogenic”, both forms are found in infected tissue and both are thought to play a role in different stages of the disease process. C. albicans mutants trapped in either form show markedly reduced virulence (1-3). Understanding the environmental cues that trigger this dimorphic switch is therefore important for arriving at novel therapeutic strategies for targeting Candida infections. 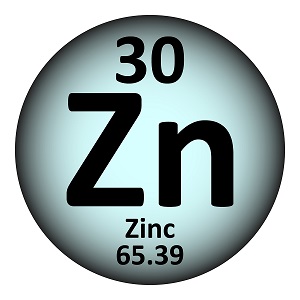 Trace minerals including iron and zinc are essential for the survival of all living organisms. In fact, approximately half of all proteins and enzymes require trace minerals to confer function. These minerals are incorporated into metalloproteins and metalloenzymes used for critical biological processes, such as oxygen transport, cell growth and differentiation, and protection against oxidative stress.

Pathogens must acquire trace minerals in order to replicate and cause disease. However, during infection, the host sequesters key nutrients restricting access to these nutrients as a part of a process known as nutritional immunity (4). In response, successful pathogens use specific mechanisms to combat nutritional immunity and scavenge trace nutrients from their host.

The mechanisms used by Candida albicans for scavenging zinc during infection have been studied extensively. During gastrointestinal infection the host is known to produce high levels of a zinc chelating protein that binds zinc with very high affinity exerting an antifungal effect by preventing zinc from being available to C. albicans. C. albicans, on the other hand, produces a zinc binding (“zincophore”) protein, with similarly high affinity for zinc, which allows the fungus to scavenge zinc from the host tissue (6). There is also evidence for zinc limitation during fungal invasion of the kidney, where C. albicans produces increased amounts of a zinc transporter and the above zincophore (7-10).

Zinc appears to not only be an important nutritional requirement for Candida albicans but is also believed to be an environmental cue for the dimorphic switch (11-13). These studies clearly show that zinc is an important trace mineral for C. albicans growth and infection. In fact efforts are being made to identify drugs which target zinc metabolism in C. albicans as they can potentially increase fungal susceptibility to host nutritional immunity and can strengthen existing monotherapies with known antifungal agents (14).

Therefore, attributing the reduced incidence (reduced by 50%) of Candida infections in the treated group to increased serum zinc levels, which is the obvious outcome of supplementation, might not be prudent. Also, the authors of this study refer to the Malavia et al study where zinc depravation results in a hyper-adherent phenotype – potentially strengthening Candida virulence as the cells can attach better to host tissues (12). Based on this observation, the authors hypothesize that zinc supplementation might help with antagonizing this pathogen.

However, it is important to remember that this hyper-adherent phenotype has also been shown to be deficient in transforming into the mycelial form, the supposedly more invasive form of C. albicans, weighing in on the ability of zinc deprivation to curb Candida. Since significant experimental evidence suggests that the natural defence mechanisms of the host restrict zinc to target Candida, it appears that zinc supplementation would not be useful in directly antagonizing the pathogen as this element is an established nutritional requirement for Candida. The authors also refer to zinc oxide nanoparticles exhibiting anti-microbial efficacy against microorganisms including Candida albicans (17). However, the antimicrobial ingredient there is zinc oxide which is completely different from elemental zinc which is typically present in supplements as a zinc gluconate salt.

It is important to note that zinc plays a critical role in maintaining a healthy immune system (18). Zinc deficient patients are known to have severe immune dysfunction.  This could explain the secondary infections involving Candida along with other infectious agents that result in individuals with a zinc deficiency (16,19). It could be postulated, that in such individuals, providing zinc to the host would rescue the faulty immune machinery which would then eliminate the C. albicans infection.

In conclusion, a large body of evidence supports the importance of zinc as a critical nutritional requirement for C. albicans. Naturally, the human body withholds this essential mineral when Candida infections occur. Therefore, zinc supplementation to treat Candida albicans infections, especially as a monotherapy, cannot be justified. Patients who are zinc-deficient and therefore are more prone to microbial infections due to reduced immune function, might benefit from zinc supplementation.

It is best to see your doctor and be tested for zinc levels before proceeding with this line of therapy. 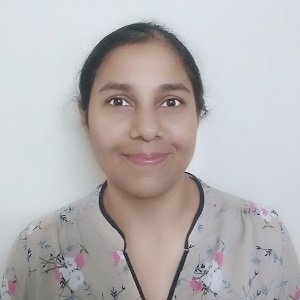 Dr. Shalaka Samant has a B. Pharm degree from Mumbai University where she was a gold-medallist. Later, she received her Ph.D. in Pharmaceutical Biotechnology from the University of Illinois – Chicago, followed by, postdoctoral training from Yale university and University of Texas-Health Science Center. For her pre-doctoral work, she was the recipient of the prestigious American Heart Association predoctoral fellowship award.

She has over a decade of experience in the areas of molecular biology, microbial strain manipulation, and synthetic biology amongst other areas. She was a postdoctoral research associate in the lab of Dr. Jorge Galan, a renowned gastrointestinal infectious disease researcher.

Dr. Samant has functioned as the principal investigator on several biotechnology research projects funded by the Department of Biotechnology (DBT), Govt. of India. She has mentored several graduate students towards their dissertation research in diverse areas such as therapeutic protein expression and development of cell-based assay platforms for drug discovery.

She is now the founder and chief consultant at Biombrella, a life science consulting firm that provides deep-dive research, scientific writing and content generation services to various pharmaceutical, nutraceutical and biotech start-ups. She was recently interviewed for the Summer 2019 issue of ‘The Pharmacist’ – University of Illinois-Chicago.

Have Any Questions About Zinc?

Do you have any questions about zinc or yeast infections in general? Ask your question here or contact us using the contact page of this website. It is also always a good idea to talk to your doctor as well.