Is Coffee Ok on The Candida Diet?

Coffee, a widely consumed beverage globally, is prepared from roasted coffee beans which are obtained from cherries of coffee trees. Coffee trees belong to the Coffea genus of family Rubiaceae in the plant kingdom. According to research, there are up to 100 coffee tree species in Coffea genus but 2 species, Coffea Arabica and Coffea Robusta, are extensively used for commercial coffee purposes. The estimated global production of coffee in 2019-20 is about 170 million 60-Kg bags. The top producing countries are Brazil, Vietnam, Columbia, Indonesia, Ethiopia, Honduras, Mexico, and India (4). 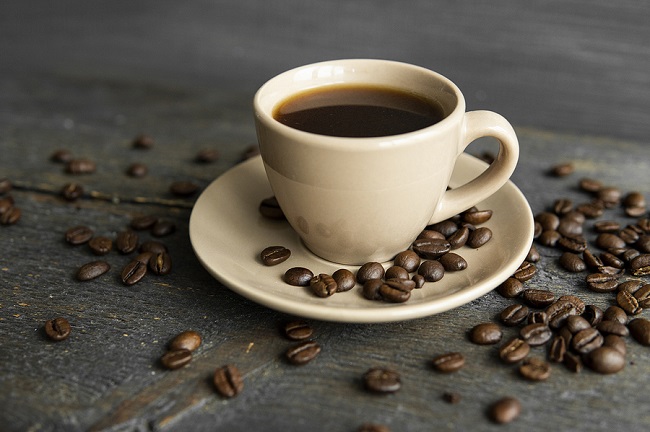 Coffee passes through a number of processes until it is ready to be used as a beverage. In summary, it starts from planting coffee beans and growing trees. Once the plants have produced cherries, they are harvested either by strip picking or selective picking using hands or machines. Cherries are quickly processed using a dry or wet method to obtain beans. Beans are milled by hulling, polishing, grading and sorting. At this stage it is called green coffee and it is exported in this form. The experts test the quality and taste of coffee beans. Beans are roasted at about 550 degrees Fahrenheit while keep moving in machines to prevent burning. Finally, the beans are ground and brewed.

There are number of components of coffee beans. It contains macro nutrients, micronutrients, minerals and bioactive compounds. The concentration of different compounds varies in coffee beans and coffee brews. Furthermore, it is also affected by other factors such as type of species, processing method, roasting degree, etc.

The minimal amount of carbohydrates in coffee are composed of polysaccharides and glucan (70-85%) and are so low that there are only 9 calories per cup of black coffee. The rest is the trace amounts of sucrose, pectins and lignins. In lipids, mostly consist of triglycerides (75%). Easters account 18.5% and the rest if sterols, tocopherols and waxes.

Coffee is mostly consumed for relaxation and socialization but indirectly it has number of health benefits reported in medical literature. For example, the largest study conducted about the health benefits of coffee in 2012 in the USA found a marked reduction in death rates from heart, pulmonary, diabetes and injuries, and infection related diseases by regular users.

The studies have shown that the use of coffee is positively associated with better mental performance and improved physical activity. Although, many components are linked for these effects but the main components are caffeine and chlorogenic acids.

Coffee has also been found to be protective against neurodegenerative diseases such as Alzheimer disease and Parkinson disease and negatively associated with decline in cognitive functions.

Furthermore, research has also found negative association between the use of coffee and development of heart diseases. For example, a study conducted in 2006 among postmenopausal women found that the use of coffee is linked with the reduced risk of heart diseases. The credit goes to anti-inflammatory and anti-oxidative properties of coffee. Similarly, a meta-analysis of 21 studies concluded inverse relationship between consumption of coffee and mortality due to cardiovascular diseases. There are a number of studies reporting reduced risk of stroke.

The risk of diabetes also reduces with regular consumption of coffee. For instance, a study in 2012 found negative relationship between regular consumption (3-4 cups a day) and risk of developing diabetes mellitus. Likewise, a meta-analysis including studies done in various population concluded that moderate amount of coffee use reduces the risk to type 2 diabetes.

Research has also found that the use of Coffee is beneficial against liver diseases. Studies comparing coffee consumers and non-consumers found 40% less risk of developing liver cancer in coffee consumers. Coffee also reduces the risk of hepatic fibrosis and is beneficial for Hepatitis C patients. Chorogenic acid and melanoidinds are the main ingredients of coffee responsible for these effects.

There are also a number of health risks along with above mentioned benefits. It affects the quality of sleep by elongating the time to fall a sleep.

Regular users may develop dependence and tolerance if higher quantity is used. This is because of the caffeine, a main component in coffee. Furthermore, users can also experience withdrawal symptoms which can be avoided to reduce the consumption progressively.

Coffee of poor quality can include several pollutants that might cause disease, headache, or general malaise. This might happen if your coffee is produced from over-rubbed or damaged beans or is not cleaned correctly after the fermentation process.

Coffee on The Candida Diet

Most Candida diets suggest that coffee feeds Candida yeast in some way so they suggest that you don't drink coffee on the Candida diet. But years ago when I treated myself for intestinal Candida I drank 2 cups a day without any problems. Naturally I drank it black with no cream or sugar, sugar would definitely be a no no. I did look around to see what kind of studies I could find on this subject and here's what I found.

This study from 2012 talks about lipid transfer proteins that are found in coffee had, and I quote, “inhibitory activity against fungi pathogenic to humans such as Candida species”.

However, an older 1994 study found that caffeine and caffeine salts “caused an increase in unusual modes of proliferation with signs of multiple budding in Candida albicans”.

So two studies say some of the compounds in coffee are inhibitory to Candida yeast. An older study found that caffeine increased budding activity of Candida albicans. The variances in test results could quite possibly be a result of different C. albicans bio-types? But we don't know this for sure.

Coffee has been found to contain mycotoxins which are toxins released by fungi.  However, if these levels are found to be to high, the coffee is discarded and does not make it to market. Mycotoxins in foods is not uncommon, grains, raisins, beer, wine, dark chocolate, and peanut butter all contain them in very small amounts.

Bacteria and fungi are used in the fermentation of coffee beans  to make coffee. But most of these are washed away in the final processing.

Carbohydrate wise there is only .5 grams and no sugar so that isn't anything to worry about. Due to the other health benefits, when I treated myself for Candida over growth of the gut years ago I drank 2 cups a day, black, with no sugar or cream with no ill effects.

The choice is yours, but I would not add sugar or creams that contained sugar. Stevia or xylitol would be ok as a sugar substitute. I would keep it to a couple cups a day as well, preferably in the morning.

If you have any questions about the Candida Diet or about yeast infections in general, please feel free to contact us or talk to your doctor.